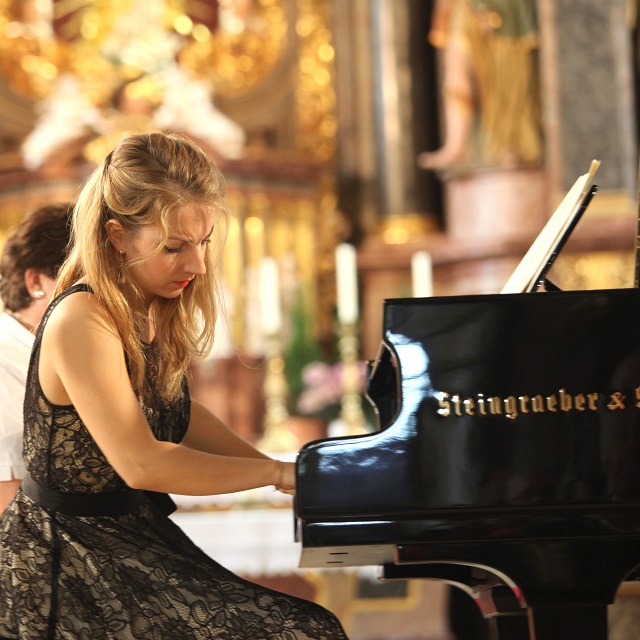 We are a new streaming platform where musicians of all genres perform and interact with fans worldwide. Our shows beam amazing live music and entertainment right to your living room with a beautiful high definition signal that transports you there, in the moment, as it happens!

“Lise de la Salle reached a level of such obviousness, that it prevents us from imagining any other possible interpretation” – Pierre Gervasoni / Le Monde

The young Moscow-born, Israeli pianist is lauded across the globe as a deeply sensitive, insightful and compelling interpreter. Critics have praised his “singing line, variety of touch and broad dynamic palette capable of great surges of energy” (Washington Post) as well as his impassioned, narrative-driven approach to performance: “the interplay of spiritual calm and emphatic engagement is gripping, and one could not wish for a more illuminating, lyrical or more richly phrased interpretation” (Suddeutsche Zeitung). At home in repertoire ranging from Beethoven to Shostakovich, in recent years he has been increasingly recognized as a leading interpreter of Rachmaninov: “His originality stems from a convergence of heart and mind, served by immaculate technique and motivated by a deep and abiding love for one of the 20th century’s greatest composer-pianists.” (Gramophone).

To celebrate the Beethoven anniversary in 2020 Giltburg embarks upon a unique project to learn all the sonatas across the year, filming and blogging about the process as he goes, and appearing on BBC TV. He is recording the complete Beethoven piano concerti for Naxos with the Royal Liverpool Philharmonic and Vasily Petrenko, for release in Autumn 2019 onwards; and he plays all the concerti in three days with the Brussels Philharmonic at the Flagey Piano Festival.

Other highlights of 19/20 include performances of the Rachmaninov Preludes at Bozar, Wigmore and for his debut in the Master Pianists series at the Amsterdam Concertgebouw; he also plays recitals at the festivals of Rheingau, Dresden, Dvorak Prague and Liszt Raiding. He is resident artist with the Valencia Symphony across the season, and also returns to the Oslo Philharmonic, Netherlands Philharmonic, Hong Kong Philharmonic and Utah Symphony.

He has a close relationship with the Pavel Haas Quartet, winning a Gramophone Award 2018 for their Dvorak Piano Quintet on Supraphon, and joining them in 19/20 at the Wigmore, Bristol and Cambridge. They will also embark on a US and North America tour, performing in Kansas City, Salt Lake City, San Francisco, Vancouver, Quebec and Montreal.

In 2018 he also won Best Soloist Recording (20/21st century) at the inaugural Opus Klassik Awards for his Naxos recording of Rachmaninov’s 2nd Piano Concerto with the Royal Scottish National Orchestra and Carlos Miguel Prieto, coupled with the Etudes-Tableaux. He won a Diapason d’Or for his first concerto recording – the Shostakovich concerti with Vasily Petrenko and the Royal Liverpool Philharmonic, coupled with his own arrangement of Shostakovich’s 8th String Quartet; and his Schumann and Beethoven solo discs on Naxos have been similarly well received. His 2012 Orchid release of the Prokofiev Sonatas was shortlisted for the critics’ award at the Classical Brits. Latterly his Rachmaninov Preludes and Liszt Transcendental Etudes once again attracted rave reviews.

Born in 1984 in Moscow, Boris Giltburg moved to Tel Aviv at an early age, studying with his mother and then with Arie Vardi. He went on to win numerous awards, most recently the second (and audience) prize at the Rubinstein in 2011, and in 2013 he won first prize at the Queen Elisabeth Competition, catapulting his career to a new level. In 2015 he began a long-term recording plan with Naxos Records.

Boris is an avid amateur photographer and blogger, writing about classical music for a non-specialist audience.