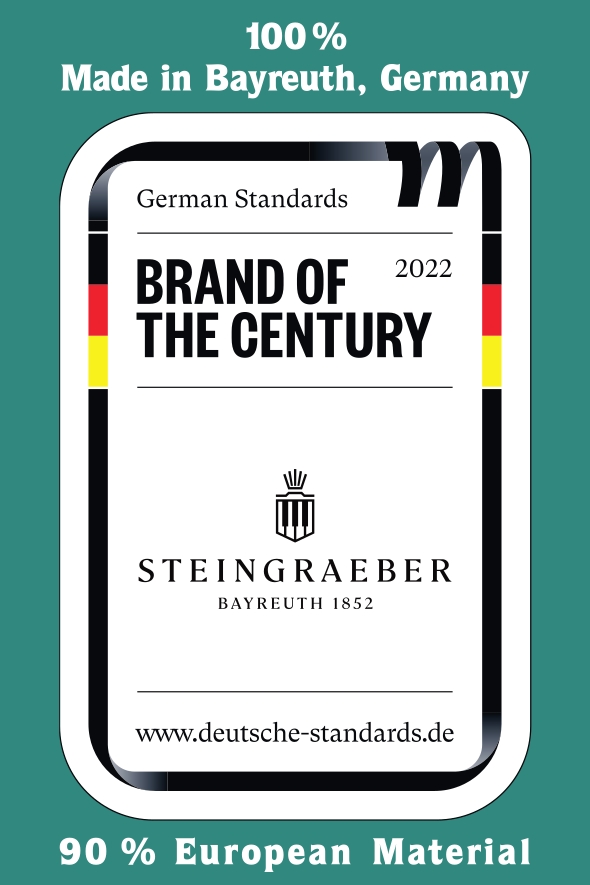 Every three years, the “German Standards – Brands of the Century” compendium, published by Dr. Florian Langenscheidt and the Zeit publishing group, honours those brands that not only shape the German economy but also whose presence is firmly anchored in the public’s awareness. Steingraeber is proud to announce that since the start of 2022, it is recognised as one of the “Brands of the Century”, an exclusive circle which also includes Faber-Castell, Meissen Porcelain and Ritter Sport.

The award acknowledges Steingraeber’s profile as the most historic, traditional and at the same time most innovative leading manufacturer of upright and grand pianos in Germany. Indeed the Steingraeber Manufactory’s oldest patent dates back to 1885, with many others patents following in its footsteps, right up to designs currently in use such as the Sordino, Mozart Rail and SFM Piano Action. In addition to Steingraeber’s host of innovations, which include the carbon fibre soundboard and the transducer grand piano as just two outstanding examples, the jury were also won over in particular by the very authenticity of Steingraeber’s products: all Steingraeber upright and grand pianos are manufactured 100% in the festival city of Bayreuth. Previous certifications such as the “ZDH Zert” had attested to the company’s 80% use of domestic materials, however Steingraeber has now been able to increase this proportion to 90%, an exceptional achievement highlighted in particular when awarding Steingraeber its “Brands of the Century” seal of quality. 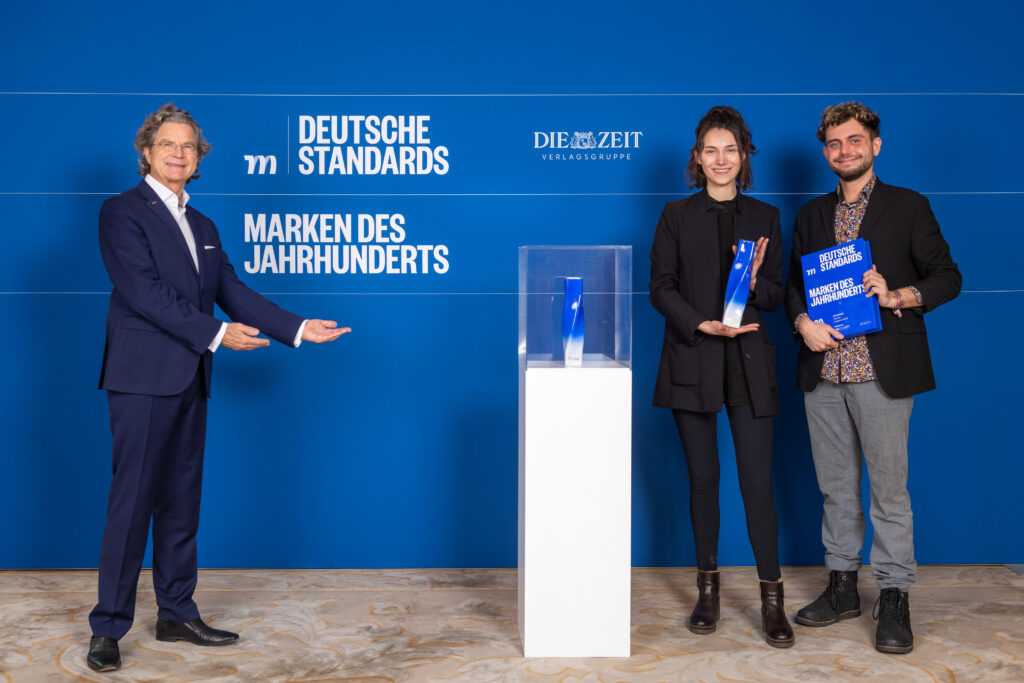 Caption: Fanny and Alban Schmidt-Steingraeber with publisher Dr. Florian Langenscheidt at the award ceremony on 10th February 2022 in Berlin

“We are extremely proud to be part of the German Brands of the Century,” said Fanny and Alban Schmidt-Steingraeber at the award ceremony in Berlin on 10th February 2022. “Such an award is confirmation to us that our approach of combining traditional piano manufacturing with the pursuit of innovation to create first-class, market-leading products is the right one.” The two junior heads of Steingraeber are resolutely convinced however that such success has only been possible thanks to an outstanding team effort over many decades: “Our entire team produces the highest quality work day after day, putting their heart and soul into everything they do. It’s wonderful to be able to accept this prestigious award here at the Hotel Adlon also on behalf of them.”

The selection process for the Brands of the Century uses strict criteria. The evaluation is carried out by an independent jury and is based on the assessment of carefully selected facts that demonstrate the degree of success of a particular brand. At the end of the evaluation, a trademark journal is produced, which serves as a guarantee that the successfully selected brands have achieved a unique and exceptional position within a specific product category. This entire selection process is carried out at no cost, in a proactive manner and with the utmost transparency.