“Thunder and Lightning in the Baroque Period”

An exhibition by Klaus Dieter Reus in the Galerie Steingraeber Bayreuth.

Due to the current Corona pandemic, there will be no Vernissage on March 28, 2020. It is postponed to approx. September.
The exhibition rooms are open to the public from May 18 on.

The exhibition at Steingraeber Gallery highlights the theatres in Europe which have preserved the exciting technology of the Baroque period in its original state and which may even use it today. Interactive model artefacts allow visitors to experience the old technologies which have evoked the powers of nature on stage. It has been thunder, in particular, that has inspired the imagination of the audience and hence the manifold ways of creating it artificially. The secrets of Baroque mechanical mysteries will be unveiled and the exhibition will prove that the opera of the Baroque period was anything but dull and boring. Only some productions might have been uninspiring.

Experience special effect machineries live in their historical setting! On 5 June 2021 at 7.30 p.m. there will be a performance of storm music by the “Originalklang-Ensemble/Barockorchester l’arte del mondo” conducted by Werner Ehrhardt, a noted specialist on Baroque music, in the Margravial Opera House in Bayreuth on the occasion of the Musica Bayreuth 2020 festival. The Margravial Opera House will be the venue of a spectacular and most impressive display of replicas of Baroque sound machinery providing the background sounds for works by Rameau, Marais, Rebel and Telemann. Information and tickets will be available at www.musica-bayreuth.de.

Black storm clouds darken the sky filled with the roar of thunder and lit by glaring flashes of lightning. Gusts of wind howl and rain showers drum. Ships fight their way through tempest-tossed waters and sink to the bottom of the sea. Blazing fires devour palaces or spew from the abyss of hell. Angels and dragons fight in the sky while hell hurls out packs of devils. Cities are shaken by earthquakes, volcanoes disgorge fire. The opera of the Baroque period was a sensuous theatre experience. According to the master of the theatre Alewyn it was perhaps the most sensual of all time. It was a multi-media spectacle which addressed all the senses: a feast for the eye and the ear. Even the sense of smell was occasionally stimulated by scented fumes of burning substances.

Composers of Baroque music created storm music which was meant to achieve an onomatopoetic effect. The storm raged with “thunderous basses, organ points, drum-rolls and tremolo”. “Meteoric chains of thirty-second notes imitated the rolling of the waves. Instrumental parts alternated with solo passages of the shipwrecked and choirs near and far”. In 1706 Marin Marais, the violist da gamba of Louis XIV, created a special vocabulary for his opera “Alcione” in order to musically represent storms, which became an integral part of opera language (Sarah Kesting). Stormy scenes together with the representation of mental states influenced composers long after the Baroque period. Onomatopoetic musical compositions are equally shared by e.g. “Iphigénie en Tauride” by Gluck, Mozart’s “Idomeneo”, “Freischütz” by Carl Maria von Weber, “Rigoletto” by Verdi, “Otello” and “Fliegender Holländer” by Richard Wagner.

Numerous examples of storm music can be found in symphonic music as, for example, the thunder and lightning in “The Four Seasons” by Vivaldi or the stormy sea in his concert “Tempesti di Mare” as well as the cantata “The Storm” by Haydn and the thunder and lightning in Beethoven’s 6th symphony.
With the help of machines which were used to produce the sounds of wind, thunder, lightning and rain the powers of nature became manifest on the Baroque stage. Lords and princes loved to entertain their guests with unlimited extravagance: the elements conquered the stage when fantastic machines created stormy waters sinking ships, when huge bellows kindled the flames of firestorms and caused volcanic eruptions, when spectacular devices blackened the sky in a mysterious and menacing way. 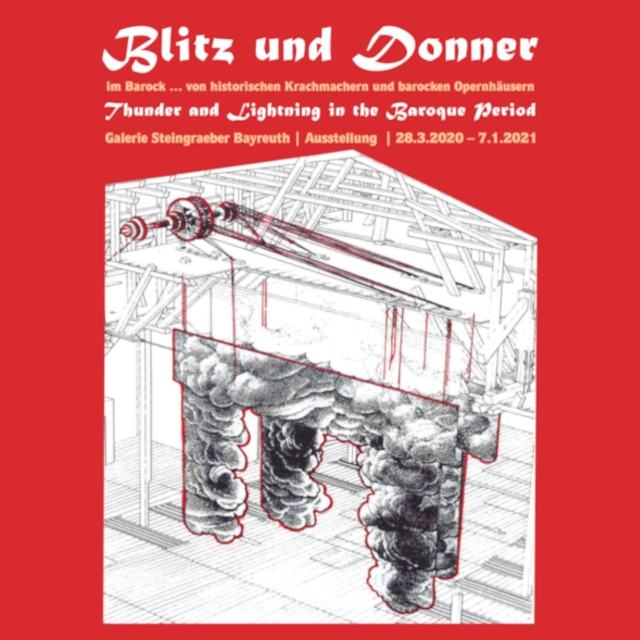