Piano and Cello – Eva-Maria May and Klaus Kämper

Johannes Brahms “Feldeinsamkeit” after a poem by Hermann Allmers from the Sonata in F major op.99

Johann Sebastian Bach from Suite No. 5 in C minor for cello solo Allemande Sarabande and gavot I and II

Eva-Maria May made her debut at the age of 14 with W.A. Mozart’s Piano Concerto in A major KV 414. Julian von Karoly, Norman Shetler and Igor Shukov were formative teachers. “To send light into the depths of the human heart is the artist’s profession.” This aphorism of Robert Schumann is also her ideal of life. Three tours in America as well as numerous concerts in Europe and abroad made the artist known as a soloist and empathetic chamber music partner. Together with the cellist Klaus Kämper, Eva-Maria May forms a duo specialising in French music, which has previously performed at the Institut français in Munich. In cooperation with the Bavarian Radio, CD recordings with pieces by R. Schumann, F. Chopin and A. Scriabin were made. In recent years Eva-Maria May has recorded 5 CDs with pieces of the french composer Francis Poulenc at Paladino/Vienna. “French enchanted” or “striking the sensitivity and musical intelligence of the pianist”… are excerpts from reviews (Klassik.com).

Klaus Kämper studied music at the Robert Schumann Conservatory in Düsseldorf.  His teachers included Johannes Goritzki and later Rudolf Metzmacher in Hannover. He attended master classes with Gregor Piatigorski, Zara Nelsova, Sandor Vègh and the Amadeus Quartet. As cellist of the award-winning Cherubini Quartet he became internationally known. Concerts, radio and television appearances took him all over the world for more than ten years until he retired completely from concert life for a few years in 1989. He studied philosophy and sanskrit in Munich and began writing and composing. He made his first public appearance after that in 1994. Today he lives as a freelance artist in Munich, gives concerts as solo cellist of the Bavarian Chamber Orchestra and is a member of various chamber music ensembles. 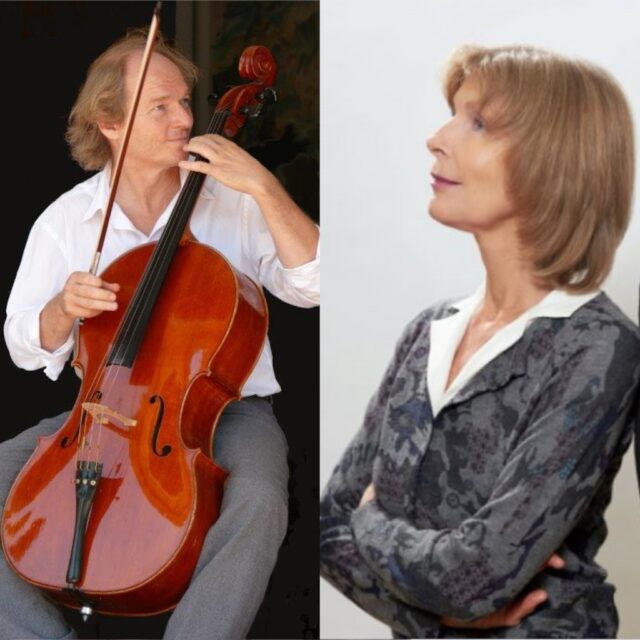