Pieces by Krzysztof and Dimitri Schostakowitsch

The Polish cellist Joanna Sachryn convinces with expressiveness and a personality that deliberately cannot be grasped in stencils. Her debut with the Concerto by E. Lalo after only four years of cello lessons attracted great attention from the Polish public. At the age of 16 she travelled to Paris and London with concerts as part of the Jeunesse Musical. “The Observer” already praised the extraordinary expressiveness of her play. At the age of 17 Joanna Sachryn became the youngest solo cellist in Poland at the Szczecin Opera House. At the same time she graduated with distinction from the Szczecin Conservatory of Music and won prizes in national competitions. Despite the difficulties caused by the Iron Curtain, she continued her studies in the soloist class with Professor Gerhard Mantel in Frankfurt and William Pleeth in London. She received further decisive impulses from repertoire studies with Mstislav Rostropovich and Daniil Shafran. Numerous engagements followed, e.g. with the Munich Philharmonic, Philharmonia Orchestra London, WDR Symphony Orchestra Cologne, Staatsphilharmonie Stuttgart, Philharmonic Orchestra Regensburg, German Radio Chamber Orchestra, Korean Chamber Orchestra, Chamber Orchestra of Europe, German Chamber Philharmonia Bremen, Staatsorchester Ploiesti and Oradea in Romania. Following her great passion for chamber music, she has been cellist of the Cologne Piano Trio since 1999 – an ensemble of international renown for over 30 years. She is also a member of the Vienna Cello Ensemble 5+1 – which impresses with its virtuosity and originality. In 2020 Kaleidos will release a co-production with ‘Hessischer Rundfunk Frankfurt’, the CD “Hiller & Urspruch – Forgotten Treasures”. Recorded with her piano partner Paul Rivinius, with whom she had already achieved much acclaim during her studies. She has performed with partners such as the pianists Günter Ludwig and Justus Franz, the violinist Thomas Christian, the cellists Boris Pergamenschikow, Johannes Goritzki and Eleonora Schoenfeld, the double bassists Günther Klaus and Boguslaw Furtok, the oboist Ingo Goritzki and has performed at the Schleswig-Holstein Music Festival, Rheingau Music Festival, Menuhin Festival in Gstaad, Shanghai Spring Festival, International Cello Festival Katowice – on international stages such as the Wiener Musikverein, London Royal Festival Hall, Cecilia Meirelles Hall Rio de Janeiro, Santory Hall Tokyo, National Art Center and Lotte Concert Hall in Seoul, Beijing National Center for the Performing Arts, Shanghai Symphony Hall. She began her pedagogical experience in 1999 with annual master classes at Haus Marteau, as well as master classes in Brazil, South Korea, Japan, Montenegro, Kosovo and Poland. Since 2013 she has been a visiting professor at Tongji University in Shanghai. She gives master classes at the Music Central Conservatory in Beijing, at the Shanxi University in Taiyuan, is part of the professorial team of Cello Familyin China and was a jury member at the WEDO International Cello Competition 2019 in Beijing. From 2020 Joanna Sachryn will teach at the Academy of Music Berlin.

The pianist Paul Rivinius, born in 1970, received his first piano lessons at the age of five. His teachers were first Gustaf Grosch in Munich and later Alexander Sellier, Walter Blankenheim and Nerine Barrett at the Highschool of Music in Saarbrücken. After graduating from high school he also studied horn with Marie-Luise Neunecker at the Highschool of Music in Frankfurt and continued his piano studies with Raymund Havenith. In 1994 he was accepted into Gerhard Oppitz’s master class at the Musikhochschule Munich, which he completed with distinction in 1998. Paul Rivinius was a long-standing member of the ‘Bundesjugendorchester’ and the ‘Gustav Mahler Jugendorchester’. He distinguished himself as a chamber musician with the Clemente Trio, founded in 1986, which, after winning several awards, won the renowned ARD Music Competition in Munich in 1998 and subsequently performed as the “Rising Star” ensemble in the world’s ten most important concert halls, including Carnegie Hall in New York and Wigmore Hall in London. Paul Rivinius also plays together with his brothers Benjamin, Gustav and Siegfried in the Rivinius Piano Quartet. Since 2004 he has also been the pianist of the Mozart Piano Quartet, which has achieved international renown through extensive trips to North and South America and Asia. In 2018 the Mozart Piano Quartet received the “Opus Klassik” for the recording of Georg Hendrik Witte’s piano quartet for MDG Dabringhaus & Grimm. Numerous radio and CD productions document his artistic work, among others with the cellists Julian Steckel and Johannes Moser and with the Swedish soprano Camilla Tilling. Paul Rivinius taught for many years as professor of chamber music at the “Hanns Eisler” Academy of Music in Berlin and now lives in Munich. 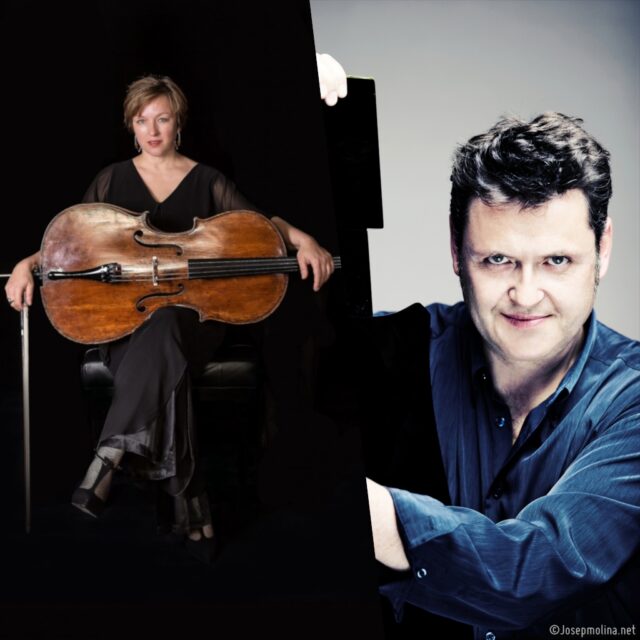