Peter Donohoe, one of the greats of the British classical piano elite, has devoted himself to an intriguing approach to the piano sonatas of Joseph Haydn: by performing them on a modern concert grand piano, yet with an interpretative finesse that makes clear and coherent reference to the instrument for which they were originally written, namely the harpsichord.

This first double CD of a planned series has just been released in London, and includes a number of Haydn’s early sonatas as well as, by contrast, one of the later, famous London sonatas, whose more modern sense of structural and harmonic expression was clearly adopted – and further developed – by  the young Beethoven.

The project suffered delays, as did so many due to the Corona virus, having commenced back in 2019 in the Steingraeber Hall Bayreuth. However he had performed at the International Piano Academy Freiburg already in 2016 on a Steingraeber grand piano fitted with an additional Sordino pedal and Mozart Rail, both of which are rediscoveries by pianist and director of the Academy Jura Margulis, developed in collaboration with Steingraeber & Söhne. It was this encounter that inspired Donohoe to want to use a Steingraeber E Concert Grand, along with its historical action-features and timbre possibilities, for his recordings in Bayreuth. The piano was then taken to England for the recording of the second of these two CDs.

Donohoe gives us 10 sonatas, two divertimenti, and, to set the tone, the variations on Gott erhalte den Kaiser (God save the Emperor), in what is altogether a very personal and exciting interpretation. For it is precisely because the early sonatas – composed between the 1760s and the late 1770s – were written mainly for the harpsichord that he is able to create an intriguing intermediate musical world, located between the modern piano and the technical demands of the much faster action of the harpsichord. Since the composition of 9 of the sonatas in this particular selection concludes in the 1780s, we can all look forward with great anticipation to how the two remaining London sonatas will sound at Peter Donohoe’s fingertips as the culmination of Haydn’s oeuvre for piano. We sincerely hope he will continue this project.

Available from Steingraeber priced € 26 including shipping. 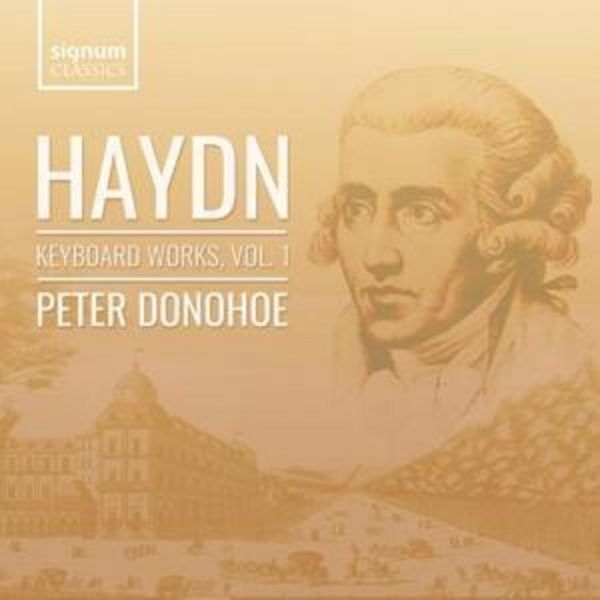