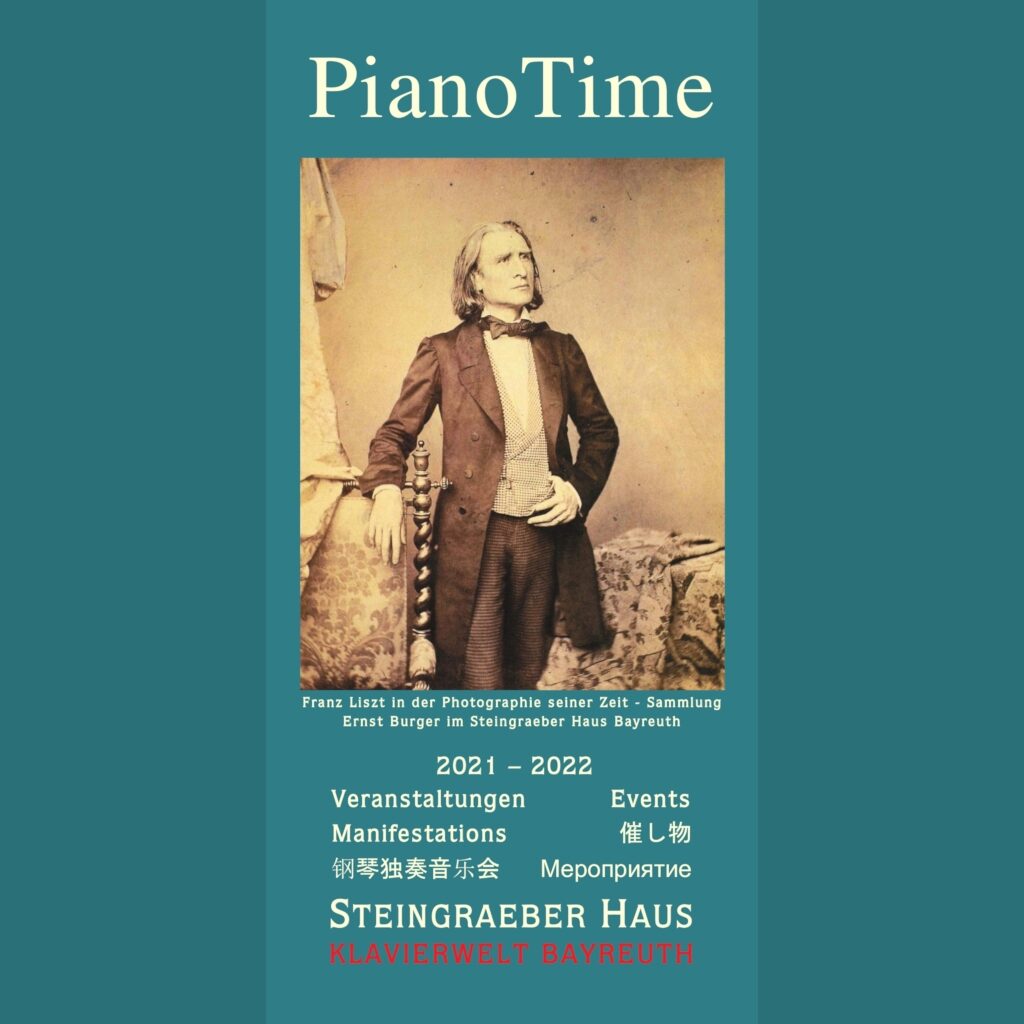 2021: A Year of Cultural Reawakening!

Steingraeber announces its latest annual culture programme filled with over 80 inspiring concerts, lectures and much more all taking place at Steingraeber Haus Bayreuth. Steingraeber’s positivity and optimism are clearly in evidence along with their belief in the imminent return of live cultural events … with live audiences. In the midst of this fanfare comes a further announcement of two new festivals for Bayreuth: piJAZZo, an open air spring jazz festival in the Steingraeber Hoftheater, organised by the Bayreuth Jazz Forum for Ascension Week (13th May), and the Liszt Festival which will take place in November. The new Liszt Festival is being launched by the Cultural Department of the City of Bayreuth as part of the major Franz Liszt Piano Competition Weimar-Bayreuth, and will be inaugurated with a lecture by Nike Wagner on 1st November in the Steingraeber Chamber Music Hall.

Our 2021 annual programme commences in March along with the official opening of three major exhibitions dedicated to three great composers. Firstly the temporary, ‘half-Bayreuther’ Engelbert Humperdinck will be celebrated on the 100th anniversary of his death. He composed his opera Hansel and Gretel on his very own Steingraeber chamber concert grand piano. Siegfried Wagner will also be featured on the Kulturbühne in the Reichshof with his War and Peace-themed opera Friedensengel, in a narrated exhibition on the subject of live opera production. Finally Franz Liszt himself will be honoured most fittingly with a permanent exhibition entitled: Franz Liszt as Photographed in His Time: The Ernst Burger Collection at Steingraeber Haus Bayreuth. Steingraeber was absolutely thrilled in 2020 to be able to acquire this, the world’s largest collection of original photographs for the expansion of its Steingraeber Piano Museum, and amongst some of the historic items are individual pieces that feature Liszt’s own dedications and comments.

…was in use once again in 2020 for open air performances, and this year it will be set up either in ‘conventional’ form with a stage and closed wings, or using an open two-sided ‘virus-safe’ construction. The Studiobühne along with author and director Uwe Hoppe will début a new play befitting the ‘Grüner Hügel’ entitled Flieg, Holländer, Flieg! (Fly, Dutchman, Fly!), a work freely adapted from Richard Wagner’s work. The première will be on 17th July, with 13 more performances to follow.

No less than 40 concerts took place between July and October in the Chamber Music Hall last year where – thanks to our carefully drawn-up hygiene and social distancing measures, and our perfect air conditioning system – seats were available for up to 42 audience members. So will it continue from March this year until, hopefully, we will be able to add even more seats over the summer. There will also be 28 introductory lectures by Hans Martin Gräbner on the subject of the Wagner Festival, and in the case that the Rococo Hall is not quite ready in August, he will revive the old tradition of the Steingraeber Factory Concerts, giving the lectures in the manufactory’s fully air-conditioned Intonation Hall at Dammwäldchen.

With something for every musical appetite and taste, Steingraeber’s new programme is packed with a range of events from silent films accompanied once again by live piano, guided tours of the piano manufactory, right up to the exciting Young Master Pianists series and a spectacular concert in the Chamber Music Hall on 7th December featuring two grand pianos and two percussionists.

We extend our warmest welcome to each and every one of you, and we look forward to greeting at our events. 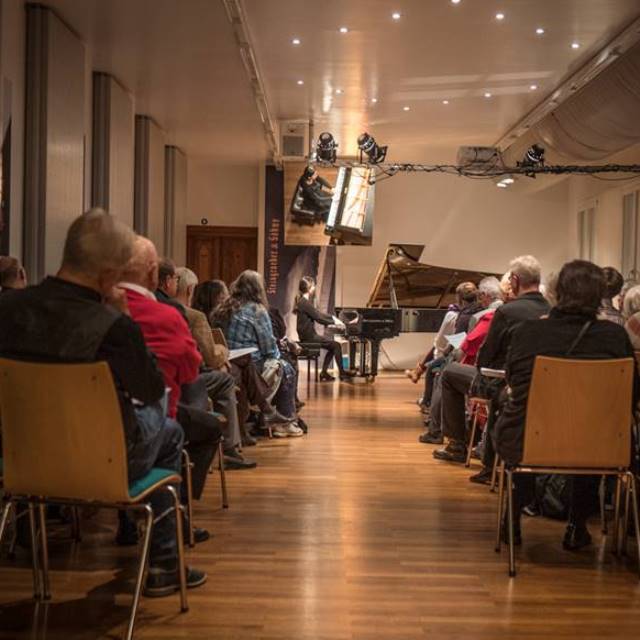