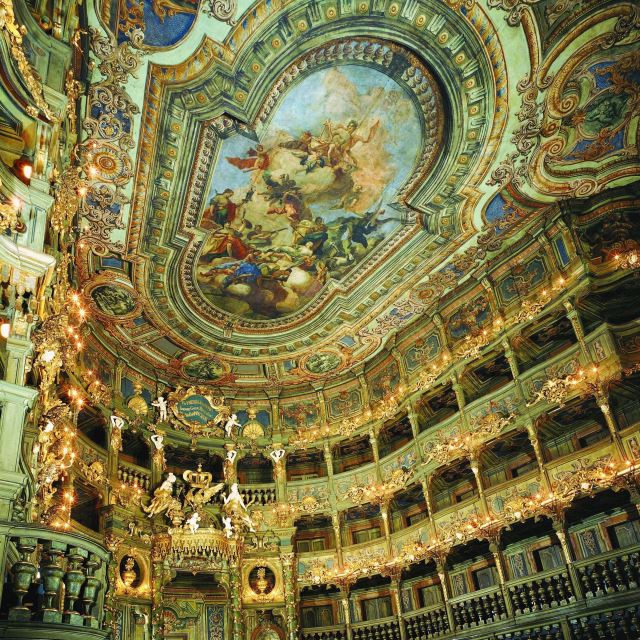 Festivals [almost] continuously from 12th of April to 10th of November.

Richard Wagner becomes a minor matter – from 12th of April, 2018, Opera will be played at the Margravial Opera House in Bayreuth!

In the then reopened World Heritage Site from 1748 a broad and broad canon of other top events follows, from the Berlin Philharmonic on May 1st to Daniil Trifonov on July 23rd.

On 25th of July, the Wagner Festival takes over with Lohengrin in a new production under the baton of Christian Thielemann (Director, Yuval Sharon stage, Neo Rauch). Barocke Residenztage (Baroque residence days) will then once again revolve around the Margravial Opera House. On October 30, the first year of the Baroque jewel will, again with piano, come to its final:
Kit Armstrong with a pure Liszt program in highly exciting, partly unknown works.

His concert is the prelude to the 9th International Piano Competition Franz Liszt Weimar-Bayreuth. The first round of the competition will then be in Bayreuth before it moves on to Weimar for the following rounds and the final. The competition ends in Bayreuth with the winner’s concert on November 10.

A culture and music city is reviving: Bayreuth is about to establish itself as a festival city that attracts international audiences from April to October and will soon also have a high-class concert hall in the winter months: the currently under construction site “Friedrichsforum” (also in the Margravial setting of the old riding hall) will open in 2020.