„seidenputzspitz“ is one of Jean Paul‘s numerous neologisms which are characteristic of his style and appears in his text “Leben Fibels” In the preparation for the Jean Paul project the idea emerged that a neologism of one of his texts should be the title of the new project, an idea which caught the collective imagination of the group. Jean Paul’s fantasy, his hidden humour, his charm (which captivated many women during his time) thus became present in the project. The title „seidenpudelspitz“ helped to create a relationship with Jean Paul, not only for the members of the SILIXEN AG but also for many other people; residents, artists, visitors and officials. This inspired only only the art but contributed also to the organisational and economical realisation of the project. 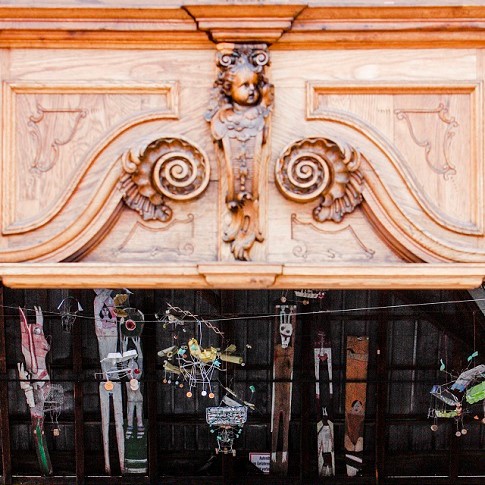