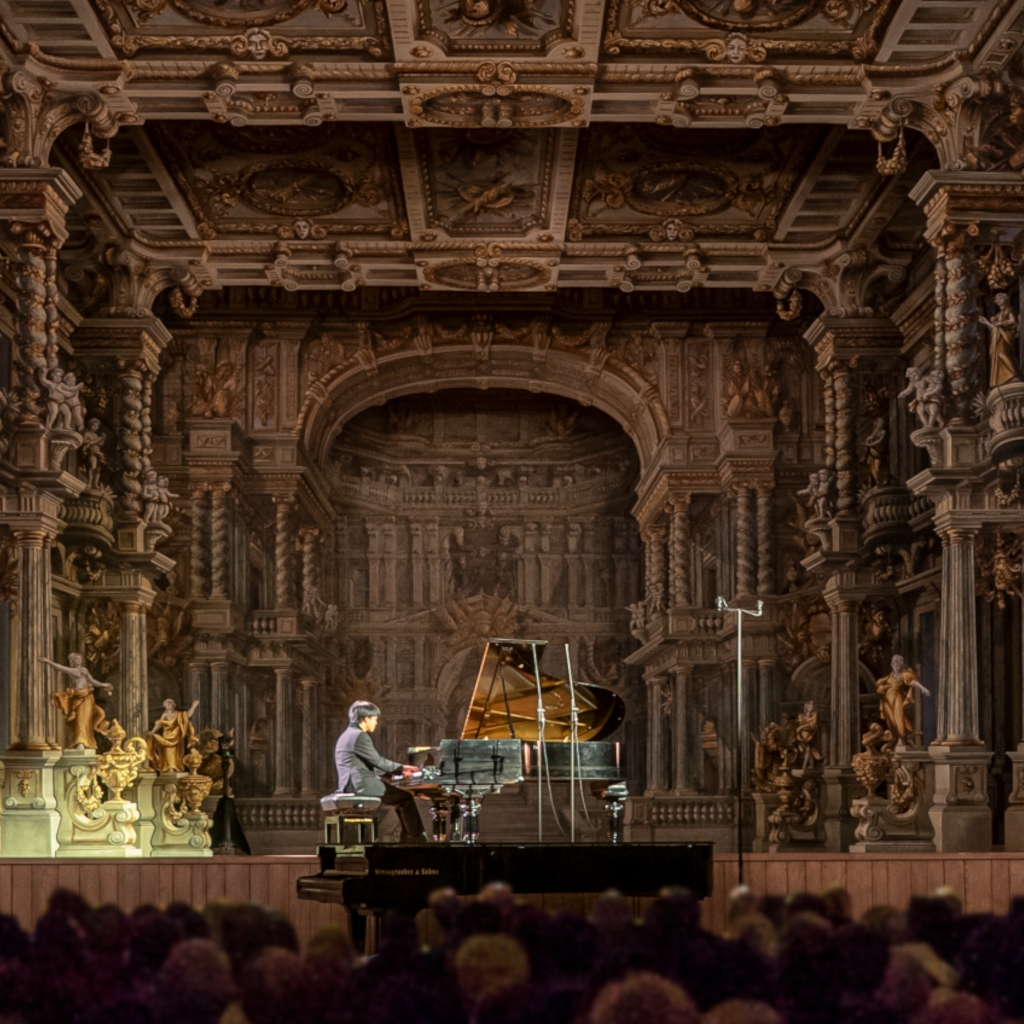 Recording of the concert on July 24, 2019 – further contribution and DVD planned

On January 26, the television station ARTE showed a recording of Kit Armstrong’s concert. The American pianist played at the Margravial Opera House in Bayreuth on July 24, 2019.

The second part of the concert, in which Armstrong played the modern concert grand E-272, will be shown in another version in Arte.tv. The TV station is also planning a DVD, among other things, with photos from the Steingraeber manufactory and from the grand piano selection by Kit Armstrong. The timing for these releases has not yet been determined.